But, I'm gonna make it up to you in the end, I promise!

Fab wanted to take me out for a "Return to Paris" dinner one night.  Since we're in it for the long haul in the 7th, we are trying to find the good spots that don't cater to hungry tourists wandering in from the Eiffel Tower.  Turning to Le Fooding, Paris's foodie guide par excellence, we selected le Cinq Mars.

Entering the dimly lit dining room, we immediately thought "cute."  A simple, vintage décor greeted us, as well as some rather loud acoustics.  After about 15 minutes, we were finally given the menu.  There were 3 servers, so if you average the reaction time out to 5 minutes, that's actually a record for many Parisian restaurants.  But I digress...

We split the country pâté.  Chunky pork spreads speak to me on an unusually high level in winter-like temperatures.  It was crazy delicious.  Encrusted with black peppercorns and mustard grains, it was like pâté on steroids.  At least we got off to a strong start.

Then came the main dishes.  This is where we had some bad issues on a couple of levels.  I'm a sucker for beef tartare.  Beef tartare usually comes with all kinds of accompaniments: pickles, onions, worsterchire sauce, tabasco, etc.  But you know how if you order say, a salad, and it comes with waaaay too much dressing that it makes you somewhat nauseous?  Yea...that's what happened here.  Too much sauce in the tartare.

At least Fab had a nice dish.  Some monkfish with mushrooms and a delicious citrus sauce and purée (that's fancy speak for mashed potatoes.)  Remember how I mentioned we had a couple of issues?  Well, this was a plat du jour recommended by the waitress.  Fab took the recommendation.  The dish wasn't mentioned anywhere.  Our jaws dropped when we saw the price.  When he told the servers that they should mention the price or write it somewhere, they just shrugged.  They couldn't care less that they failed to advise us that the plat du jour was 2 times more expensive than the other dishes.  Les jerks. 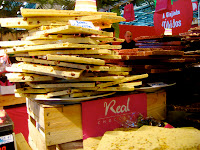 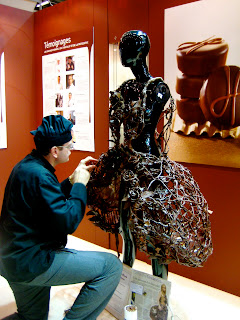 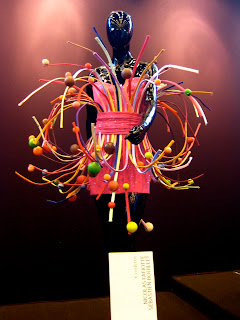 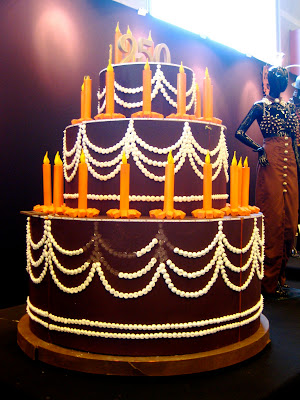 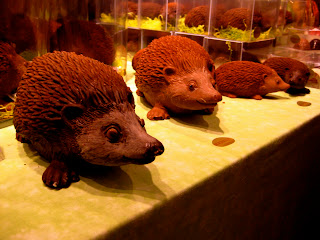