I am pretty attached to all these Chinese.  I love the culture, the food, and I really enjoyed living there for a month while teaching English in Beijing.  The people are always so friendly and caring, no matter where in the world you meet them.  Given this attachment, I found it necessary to take part in the Chinese New Year celebrations in Paris a few weeks ago. 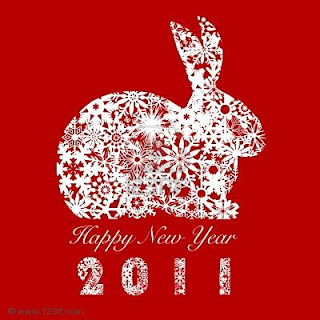 And now that the meaning behind this year's Chinese new year has been explained, let's get to the Paris celebrations.
Every year, there are two parades in Paris.  One is in the 13th, which is the better known Chinese neighborhood.  It forms a triangle between the metro stops Tolbiac, Porte de Choisy and Porte d'Ivry.  Tang Frères, the famous Asian grocer, puts thousands of Euros every year into a huge parade that traverses these streets.  Another one takes place in Belleville (20th arrondissement), but the general consensus is that the one in the 13th remains the best.  If you are going to go, get there early, because crowds line up fast.  Plus, given that the Parisians have a) no space issues with other people and b) tend to not respect others/lines, you will eventually get cut in front of and/or pushed out of the way.  If you are hoping to make a photographic moment out of it, don't be afraid to defend your territory.  Just cut them back off.  I also noticed that a lot of people were running out in front of the parade and snapping away until the police told them to get back in line.  All in all, the parades are colorful, loud, and full of dancing and well-wishes.  This year, the African and Antillean community came out to help celebrate with the Chinese.  I found this kind of hilarious, given that the current political economic debate surrounding African continent centers on Chinese presence.  There were many drum players and dancers, adding toe-tapping fun to the parade.  Dragons dove through the crowd, so that attendees could touch the dragon, bringing good luck for the year to come.  The smell of incense wafted through the air from shrines to Buddha being carried through the streets.  The parade really is a must on a clear Sunday afternoon in January or February.


After the parades, we decided to indulge in some Chinese food to further continue our celebration.  We took the metro up to Belleville because the parade had completely blocked the street with all the great restaurants I wanted to try in the 13th.  We walked up to rue de Bellevue and stopped in front of a restaurant called "Restaurant Raviolis" in French.  Through the glass, we could see a crowd of people slurping down soup with succulent looking dumplings or bowls full of warm noodles.  We had found what we were looking for.


Bowls of steaming soup were ordered to warm us up after being out in the crisp January air.  I ordered pork dumplings with chives, while Fab ordered beef and noodle soup.  A jar of chili oil sat on the table, and added the perfect amount of spice to the soup.  Next, arrived fried crisp pork and vegetable dumplings.  You could create your own dipping sauce from all the oils and sauces on the table.  I, of course, went for the spicy!  The meal was delightfully filling, and it was so cheap.  Two bowls of soup and a plate of 12 dumplings with a nice Tsingtao cost 17 Euros.  As I went to pay, I saw the woman responsible for the amazing dumplings I had just consumed.  She was taking lightly floured squares, filling them with meat and veggies, and then twisting them to close the dumplings off.  All in about 5 seconds.  I envied her skill as I took a business card, saying in my head that I would be back to eat her delicious, handmade dumplings.


In the spirit of the Chinese New Year, I ate at a couple of other Asian restaurants.  The thing about Paris, is that you can go to a Chinese or Thai or Vietnamese restaurant, and you will generally find dishes from various Asian cultures.  Therefore in addition to the delicious dumplings, I sampled Korean and Thai food this week.

This Thai food restaurant was hopping.  I was thoroughly glad that I reserved.  People were packed into the restaurant (located just next to the dumpling restaurant...how convenient!), which has been cited for years by Routard, Pudlo, and even Zagat. The menu was almost completely overwhelming.  In some ways, you really needed to be a connaisseur to know what to order, because it was 4 pages of nothing but dish names.  No pictures, no descriptions.  But hey, sometimes it is fun to just point and order and see what you get!  I highly recommend this place, especially if you like spicy food.  Those of us who have been living in France for a prolonged period of time know that the French have an aversion to spicy foods.  So it is a nice, hot break from cream and butter.

This restaurant immediately makes you want to sit and have a nice, long meal.  It is bright, warm, and very welcoming.  The staff was so incredibly nice and everyone seemed to just be enjoying themselves while diving into Korean BBQ and kimchi.  My friend and I started with a glass of bokbunja, which is Korean black raspberry wine.  It was refreshing, almost syrup like, but not too sweet.  In short, delightful.  For an appetizer, we ordered tofukimchi, which was (surprise!) tofu, kimchi, pork and zucchini in a slightly spicy marinade.  We polished it off in no time.  Next came bibimbap and Korean BBQ, which were again slightly spicy, but incredibly delicious.  Everything was fresh and beautifully presented.